What are magnetic bearings? 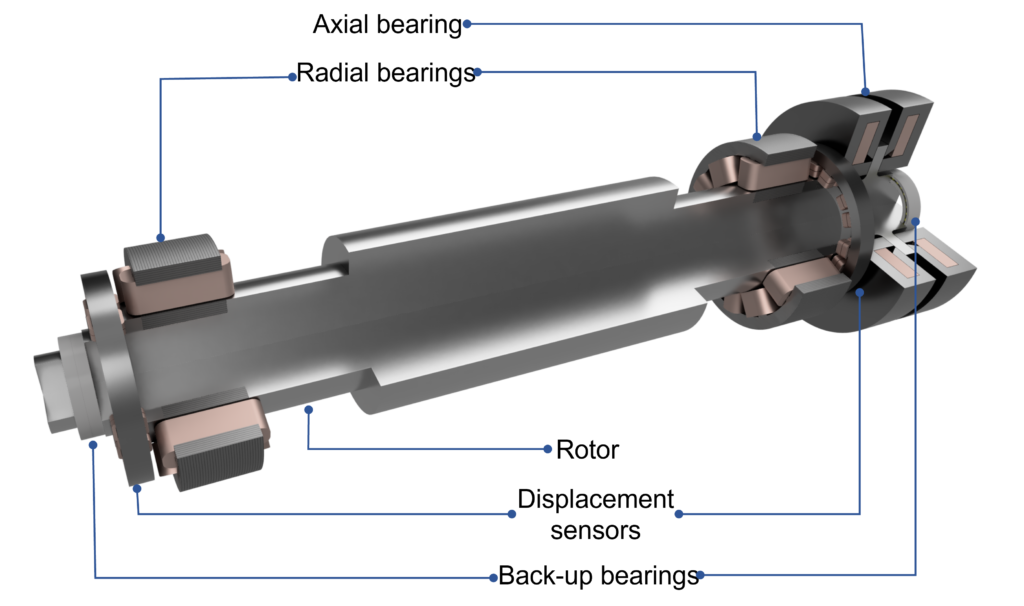 How does a magnetic bearing levitate the rotating shaft?

What is a magnetic bearing used for?

There are several different industrial applications for magnetic bearings. Some of the most common applications are turbo blowers and turbocompressors, turbomolecular pumps, turbo expanders, Organic Rankine Cycle (ORC) systems, and flywheels.

Turbo blowers and compressors are used in factories and buildings. They are used for example in chemical, food processing, wastewater treatment, air-conditioning, heating & ventilation applications. For example, turbocompressors provide compressed air for bottling beer in the brewery.

Turboexpanders are used in gas pipelines. The expander lowers the pressure in the gas pipeline, for example in a gas station. It can harvest energy when the pressure of the gas is released.

An Organic Rankine Cycle (ORC) system is a type of Waste Heat Recovery System. It generates electricity from waste heat. It can use heat, for example from the exhaust gas of factories or lukewarm cooling water.

The common thing for the applications is that there is a high-speed rotor involved. 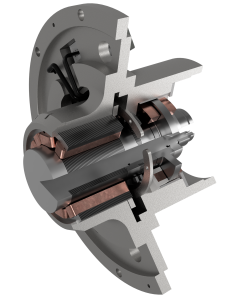 How long do magnetic bearings last?

With the advantage of frictionless rotating, magnetic bearings can last much longer than conventional bearings. Usually, the lifetime of a magnetic bearing is over 20 years. Electronics do not last forever, but the external control box is easy to replace without disassembling anything from the machine.

Do magnetic bearings wear out?

Due to the contactless feature, magnetic bearings do not wear out easily. Usually, magnetic bearings last for a very long time compared with conventional bearings. Thus, it reduces the maintenance cost of the machines significantly.

What happens if there is a power blackout?

Magnetic bearings need the power to levitate the system. There are several protection layers for a safe stop if there is a power blackout. If the motor runs and there is a blackout, the motor must be shut down. When a motor shuts down, it can generate electricity from rotating motion. This electricity can be used for levitation during the shutdown and safe landing. Magnetic bearings can also use an uninterrupted power supply (UPS) that is like a battery that survives the blackout and gives the needed power. The final layer of security is the backup bearings that catch the rotating part if it drops. Backup bearings are typically ball bearings. The backup bearings do not rotate during normal magnetic bearing work.

If you want to read about more technical details, please check out our blog, what is active magnetic bearing: https://spindrive.fi/what-is-active-magnetic-bearing/